Marjolijn Aalders Grool was born in Amsterdam in 1947. After attending the Dutch gymnasium, she studied French Literature and Linguistics at the Free University of Amsterdam (VU). She continued with Discourse Studies at the Amsterdam University (UVA). She obtained her degree in 1975 with a study on Kummer’s approach of text grammar. She attended a course on field linguistics before leaving for West Africa (VU-SIL). 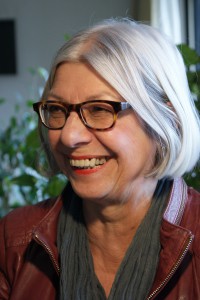 During her stay in Benin, West Africa, she learned the Fongbe language to prepare for a fieldwork that aimed at collecting Fongbe Verbal Art. She recorded a corpus of 37 traditional Vodun stories in the south of Benin. In 2013 and 2014 she published two books with the stories she recorded and the analysis of the performance of the storytellers. She was awarded a PhD degree from the Graduate School of Humanities of Leiden University in 2013.
She started her career as manager logistics of the Sahel Emergency Aid, part of the World Food Programme (FAO-UN) in Cotonou, Benin in 1975. She was FAO-UNDP representative at the ‘Integrated Rural Development in West Africa’ Conferences in Lomé, Togo (1975 – 1977). After a three years’ stay in Benin, she went to Haiti where she lived in Cap Haitien and Port-au-Prince for two years.

She was an research assistant with the ‘Recall and political attitudes’-research project of the Institute of Discourse Studies at Amsterdam University in 1981. She started working as a consultant in the field of marketing communication in 1982. Later she was interim-manager of a number of projects. In 1994, she founded Grool Consultants Ltd., and from 2001 to 2006, she also was partner of ICM, the Institute for Communication and Management.

Over the years, she attended several courses in the field of management, economics and finance. She is a qualified trainer in NLP (Auchterarder, Perthshire and London, U.K). She was one of the editors of a professional journal ‘Project Management” for fifteen years. She was a member of the city council of her hometown and a member of the national board for one of the leading political parties from 2001 to 2003.

She settled herself as an independent researcher in oral tradition and linguistics in 2005. She obtained her PHD in linguistics with an analysis of the performance of voodoo stories in 2013. At the University of Leiden.
In 2009, she founded the Verbal Art Foundation that she chairs. The foundation aims at collecting and preserving of endangered cultural heritage.